Pig slaughter is a very important event in the villages, a part of the Hungarian culture for centuries. Pig is killed to provide the family with meat. It traditionally takes place in the winter season between November and February as the cold is needed to preserve the large quantities of meat during the butchering. Harmful bacteria do not multiply and the meat keeps for longer without deep-freezing.

In the past this was the only time of the year when people could afford to eat larger amounts of meat. As there were no freezers in the old days the meat had to be preserved in some way so it was cut into manageable sized pieces, salted for several weeks then smoked. Nowadays you can buy steril, pre-processed meat products in the shops and pig slaughter becomes more and more of a folk custom rather than a necessity. 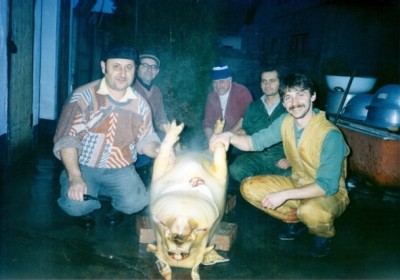 Mangalitza is a world renowned swine breed, one of Hungary’s indigenous domestic animals protected by law. It is also known as a curly-hair hog. Mangalitza was bred as a lard pig. After the Turkish occupation only a few pigs remained in the former occupied territories as the Turks did not eat pork for religious reasons. (Muslims consider pigs to be “unclean” animals.) Pig farming was crowded to the Highlands and the Transylvanian areas. It spread again in the whole country in the 19th century. These hogs did not require any special care, so became very popular in Hungary. Mangalitza was the most prominent swine breed in the region until 1950. Because of the drop in demand for lard, the breed’s popularity decreased, in the ’60s there were less than 1000 hogs all over the country, it became a rare, endangered breed. It was a landmark in the early ’90s when the breeding of Mangalica started again, organised on a national basis.  Today Mangalica is no longer at risk and its international success plays a great part in it: the world-famous Jamon Serrano (dry-cured Spanish ham) is made of the Mangalitza’s high quality meat. Meat from Mangalitsa can be easily found in Hungary, as Hungarian farmers produce about 60,000 animals each year. 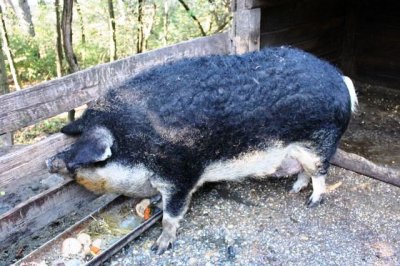 After drinking the first glass of pálinka to get the butchers in the mood pig is stunned by electric shock and  then immediately bled by cutting the throat. The pig is first de-haired then the butchers divide the animal into the parts which will be processed to make black pudding, sausage (kolbász), liver sausage, liver paste, brawn, ham, crackling, lard, pork bellies and cuts of meat.

Sausage (or kolbász in Hungarian)

Its recipe changes with the regions. It’s made of minced meat and fat and usually seasoned with salt, hot and sweet paprika, minced garlic and caraway. The two most popular Hungarian sausage brands which are also known in abroad are Csabai and Gyulai. Both of them are Hungarikums, PDO products (Protected Designation of Origin) – it means that they may be officially produced only in the administrative area of Békéscsaba and Gyula. 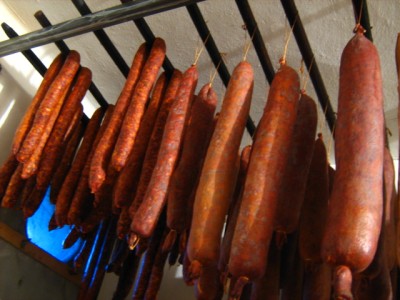 Liverwurst is made of ground pork liver and fat, has added spices to give it flavor and it’s smoked. 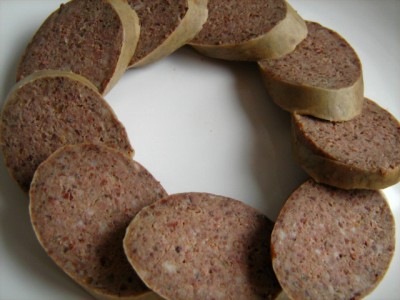 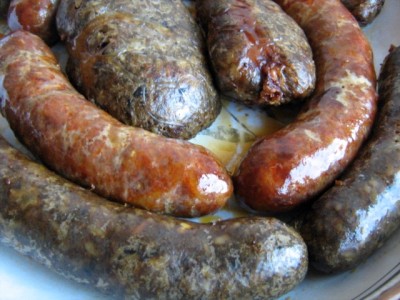 Head cheese sounds quite unappetizing at first listen, but it’s one of the best products that can be made of pig. There is no cheese involved, but there’s a lot of great meat hiding in there. It is made with flesh from the head of the pig, kidneys, tongue, a little piece of bacon from the pig’s chaps (all cooked and cut into thin slices). Head cheese may be flavoured with salt, black pepper, paprika and minced garlic. It’s stuffed in the pig’s stomach, blanched and pressed for a night, then smoked. 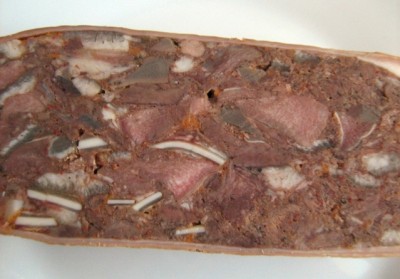 Crackling is the skin of a pig fried in fat. The frying renders much of the fat that is attached to the uncooked rind, causing the cooked product to reduce considerably in size. Milk added at the end of the frying to make the pork rinds golden brown and crunchy. Crackling is the main ingredient of a Hungarian salty buscuit called Tepertős pogácsa. 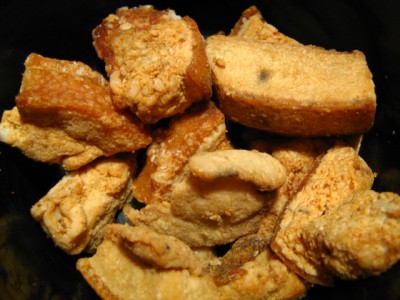 Lard is rendered pig fat and used in the Hungarian cuisine as a cooking fat. It’s considered (incorrectly) less healthy than vegetable oils because of its high saturated fatty acid and cholesterol content. However, lard contains less saturated fat, more unsaturated fat, and less cholesterol than an equal amount of butter. And the most important thing is that it’s not an artificial shortening, not treated with chemicals and it contains no trans fat like many margarines. 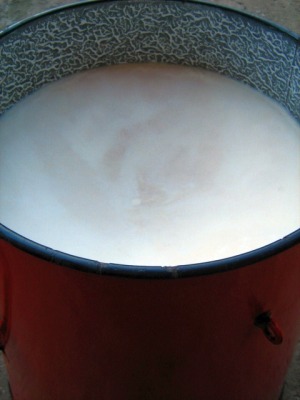 Meats, bacons, hams and sausages are smoked in the smoke house for 3-5 days; it’s essential for the preservation and long term storage. Hardwood such as beech, acacia or oak is allowed to smoke the meat. This gives added flavor and color to the meat. Only cold or slow smoking can duly preserve meat. Sausage must not be treated with hot smoke because the heat renders the fat and sausage becomes dry and hard, can’t be sliced, and due to the high temperature crust forms on the surface of sausages that prevents smoke from properly permeating the meat and it may get spoiled prematurely. 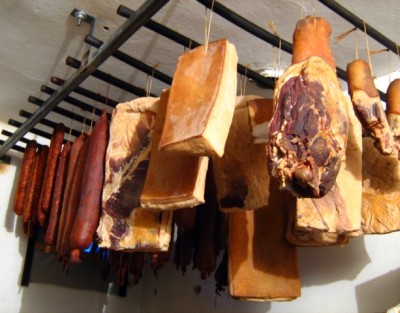 If you visit Hungary in winter and it is possible, don’t miss the opportunity to experience a traditional pig slaughter. Many firms organises pig killing tours not only in the countryside, but also near to Budapest. It’s a great fun and after tasting the home-made pork products you will look at the meats in the shops with fresh eyes.