Dill is one of the most characteristic herbs of the Hungarian cuisine. Due to its tangy taste and fragrance this herb has two groups of fans: those who are enthusiastic about it and those who push the plate aside in disgust if there is even a sole leaf of dill in the meal.

Dill originally grew wild in Southern Europe through Western Asia. Greeks and Romans already discovered the healing benefits of dill and used it as a remedy for colic. Its use spread to Central Europe by medieval times. During the Middle Ages it was used as an aphrodisiac.

In Hungary dill is not only a addition to pickles, soups and salad dressings, but it’s also cooked as a separate dish. Dill sauce can be made with milk or with water and sour cream depending on your taste. It’s usually served as a side dish alongside roasts. 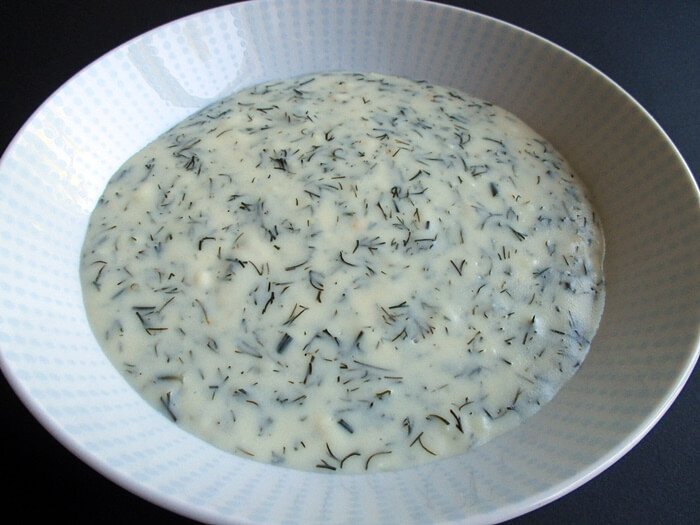 Melt the butter in a sauce pan. Add flour and dill, and make a blonde roux. Pour in milk in a fine stream while stirring constantly. Salt and bring it to a boil. Keep stirring and cook for 4-5 minutes. Flavour with sugar and vinegar to your taste.