Humans have been eating fats for hundreds of thousands of years, but due to the fear of high cholesterol, animal fats were demonized a few decades ago, and the antipathy against them still exists, though it’s slowly decreasing. Animal fats are less harmful to health than, for example, trans fats; furthermore, several studies have been published that have found absolutely no association between saturated fat and the risk of heart disease.

Forbidden or not, pork fat and lard play an important role in the Hungarian cuisine, most of the recipes (especially the older ones) calls for lard instead of butter or vegetable oil. In baking lard doesn’t melt as quickly as butter, so it allows for lighter finished products. Lard gives a very good texture to the dough, it makes pastry short and flaky. Not only shortcrust pastry, but puff pastry can be made with fat, too.

Leaf fat pastry (hájas tészta in Hungarian) can be considered as the ancestor of the modern puff pastries. Its taste is incomperable, totally unique, it can’t be mentioned in the same breath as buttery pastries. Leaf fat lines the abdominal cavity and encloses the kidneys. It doesn’t come in a solid mass or block; instead, it is layered like leaves. Leaf fat is considered the best; it has a stronger flavour than other types of lard. It is not rendered (not melted down) or filtered. Membranes of leaf fat have to be removed before using. 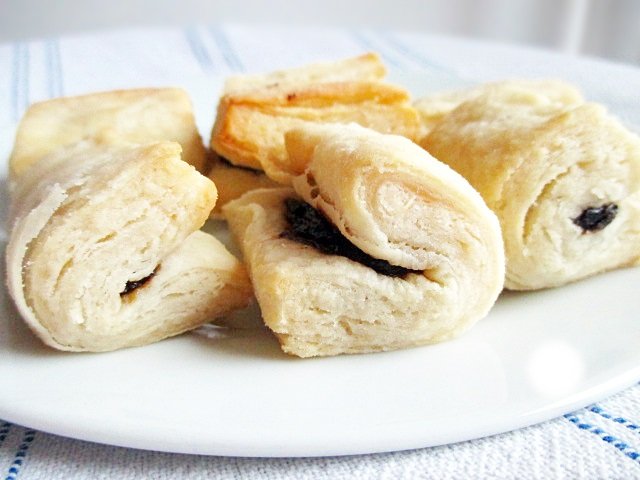 Remove the membranes from the leaf fat, cut the fat into small pieces and put it through a meat grinder. Knead the ground fat with 2 cups of flour and a tablespoon of vinegar until well combined, then form into a half inch thick oblong. Place into the fridge. 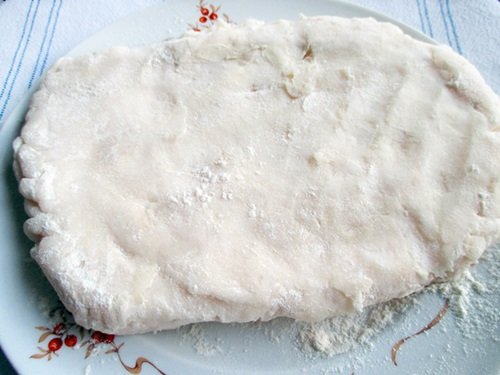 Place the remaining flour, egg yolks, salt and white wine in a bowl and knead them into a smooth dough. Cover and let it rest for 15 minutes. On a floured surface roll out the dough into a rectangle, 3 times bigger than the fat. Place the fat in the middle and start to fold. 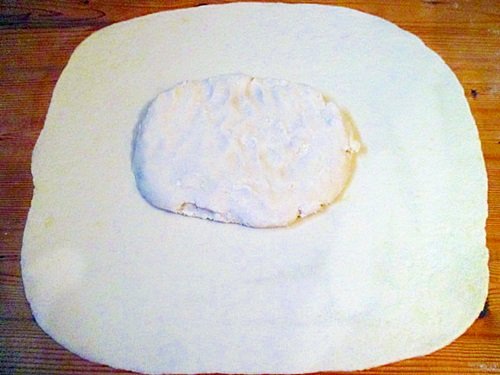 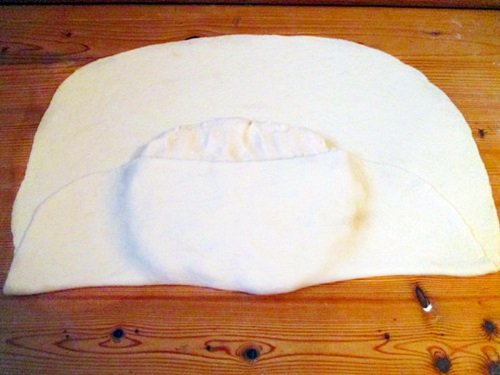 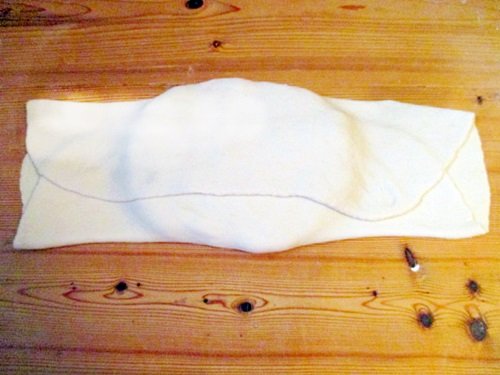 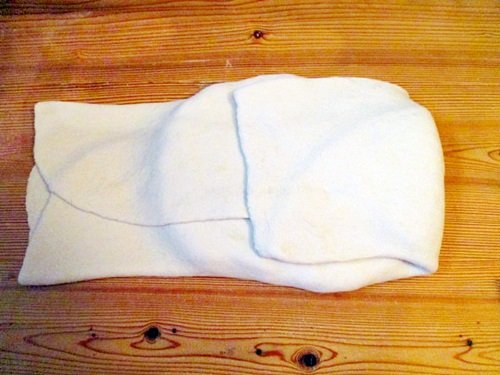 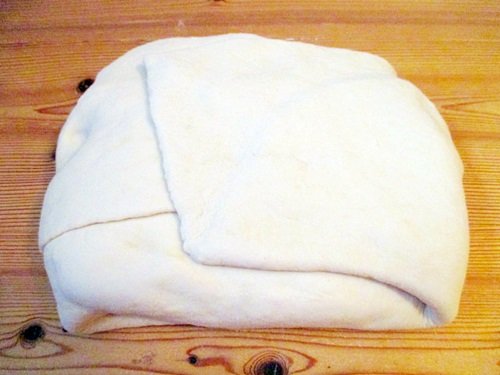 Cover the dough and leave it to rest for 30 minutes in the fridge. Repeat the rolling and folding process two more times.
Preheat the oven to 210°C / 410°F. Line two baking sheets with parchment paper.
After the last 30 minute rest roll out the dough to a thickness of 4-5 mm. With a warm and sharp knife cut rectangles, spoon plum jam onto them, then fold them without pressing the edges. 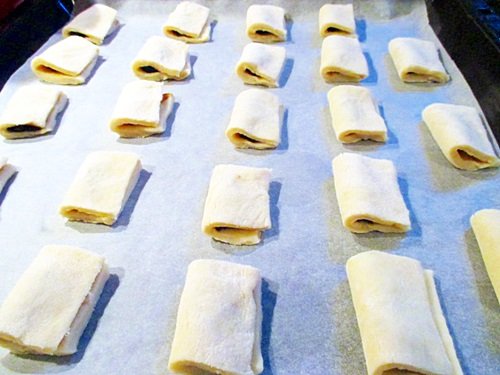 Place the cookies onto baking sheets and bake them for 13-14 minutes or until slightly golden.