Tarkedli (or talkedli) is a Czech donut that appeared in the Hungarian cuisine first in the 19th century. In the sometime Austro-Hungarian Monarchy the wealthier families liked to employ Czech female chefs who were the real masters of preparing pastries. The Bohemian pastry recipes quickly spread throughout the Monarchy. Their names and recipes showed a wide variety depending on regions and their origin often fell in oblivion. But there was one exception: the Czech origin of tarkedli has been never challenged.

Tarkedli was baked in a special baking mold composed of domeshaped hollows. Today this baking mold is not to be found in the Hungarian kitchens, tablespoon is used to form tarkedli instead. The donut’s Czech name comes from the word vdolky that refers to the mould. On the German-speaking areas from vdolky developed the word Dalken that was the base of the Hungarian word talkedli (later tarkedli). 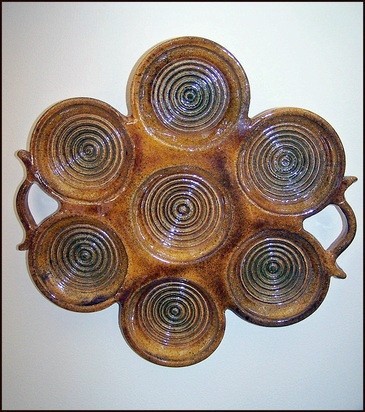 Over the past century tarkedli has never lost its popularity, what is more the culinary revolution has reached it, too – it has undergone many transformations. It can be made from traditional batter with special jams, or from lighter batter, and you can even find salty tarkedli recipes. However, one thing remains certain: the batter must be very soft, light and airy in order to make perfect donuts. 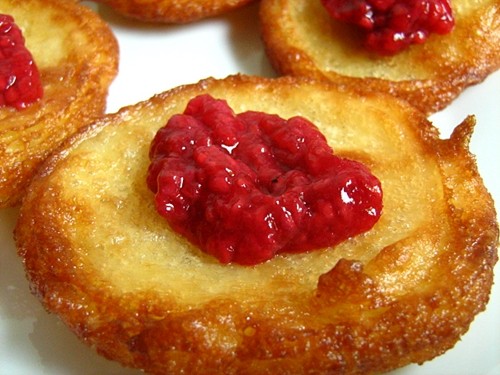 Warm up the milk.
Place the yeast in a small bowl, add one teaspoon of sugar and 100-200 ml of lukewarm milk to activate.
Sift the flour in a large bowl. Add the rest of the sugar and 2 egg yolks. Set aside the egg whites.
Pour in the remaining milk and the activated yeast.
With a hand mixer combine the ingredients thoroughly until the batter gets smooth and airy.
Cover the bowl and in a warm place let the batter rise for 45 minutes.
Whip the egg whites until soft peaks form.
Gently fold the whipped egg white into the batter.
Cover the bowl and let it rest for 15 minutes.
With a tablespoon spoon large piles of batter in the hot oil  and fry until golden brown.
Place the donuts on kitchen towel to soak up excess oil.
Serve warm with jam.