Decades ago making pasta was a regular activity in Hungary. Though the first pasta factory was already estbalished in Pest in 1859, housewives of the good old days rather grabbed their rolling pins to make their own noodles instead of choosing store-bought products.

Knot noodle soup is an old peasant food, which proves the creativity of our (great)grandmothers. Thanks to their ingenuity this special pasta seasoned with paprika and black pepper makes a plain vegetable soup rich and flavourful. Moreover, our clever ancestors prepared a two course meal using knot noodles: they were served both in the soup and as a main dish at the same time. Housewives made bigger and smaller knots, which were cooked in the soup, then the bigger ones were fried in lard and served after the soup. Nowadays kötött galuska is only used in soups.

Making your own noodles is not a big deal, especially if you have a pasta maker/roller. If you can’t or don’t want to roll out the dough with a rolling pin, feel free to use a machine, the result will be the same (and you won’t be condemned 🙂 ). 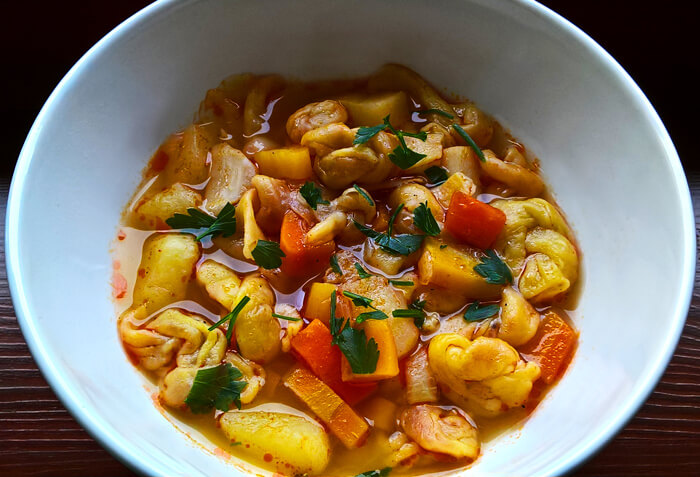 Knead flour, egg, water and salt into a plain dough. Roll it out very thin. Spread melted lard on top, then sprinkle pepper and paprika evenly. Cut the dough into 1 inch wide strips and fold them in half lengthwise. Tie a knot and tear the dough. Repeat until all strips are used to make small knot noodles. 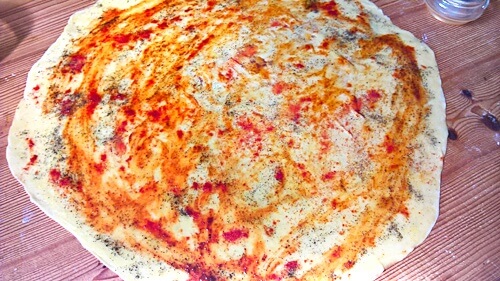 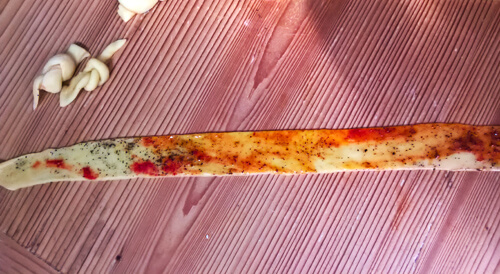 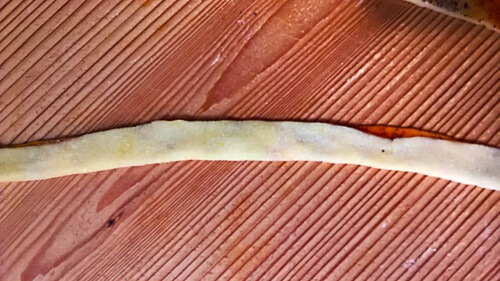 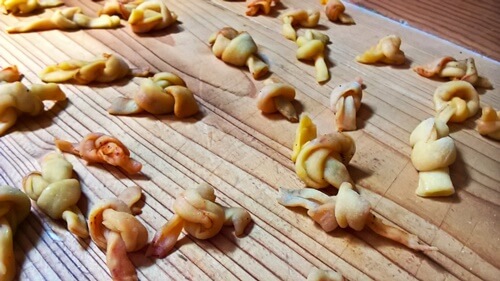 Peel and dice the vegetables, chop the onion and the parsley leaves. Heat lard in a pot, add carrot and parsley root cubes and stir fry for 4-5 minutes. Remove pot from the heat and sprinkle paprika over the vegetables. Give it a stir, pour in 1.2-1.5 liters (~5-6 cups) of water and transfer pot back onto the heat. Add potatoes, season the soup with salt an pepper. Once the vegetables are half-cooked, add the noodles to the soup and cook until tender (it takes approx. 12-14 minutes). Turn off the heat and stir in finely chopped parsley.