Today’s cake was named after Ferenc Deák, Hungarian Statesman and Minister of Justice in the 19th century, who was also referred to as “The Wise Man of the Nation”. He led the Hungarian delegation that negotiated the conditions of the Compromise of 1867, which established the dual monarchy of Austria-Hungary. The Compromise partially re-established the sovereignty of the Kingdom of Hungary, separate from, and no longer subject to the Austrian Empire.

Deák worked for the betterment of his country steadfastly, always standing on the side of humanity, reasoned reform, and good sense, however, despite work pressure, he also took the time to enjoy culinary wonders. He might have had a sweet tooth since two desserts were named after him. One of them is this bundt cake, the other one is an almond – coffee cream cake. 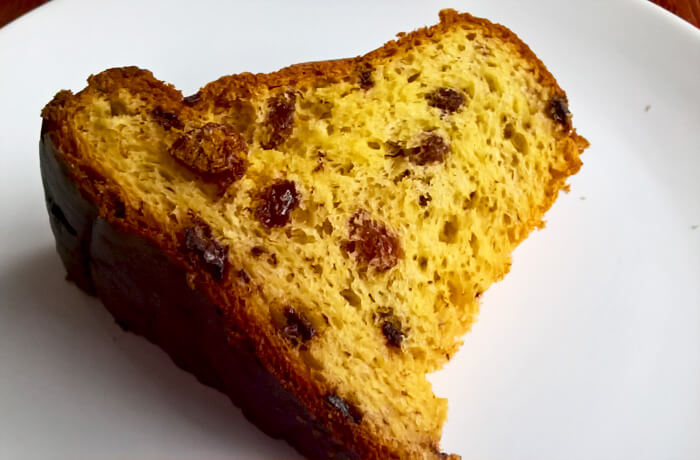 Place yeast, a teaspoon of sugar and a tablespoon of flour in a small bowl and dissolve in lukewarm milk.
Sift flour in a bowl, add yeast, egg yolks, sugar, salt, vanilla and melted, lukewarm butter and combine thoroughly. Finally stir in the drained raisins and chocolate. Pour the batter into the pan, spread it evenly, cover and let it rise for about 50 minutes.

Preheat the oven to 180°C / 356°F. Bake the cake for about 45 minutes or until a skewer comes out clean. If its top turns too brown, cover it with a piece of aluminium foil. Turn out the cake and let it cool on a wire rack.