Carnival celebrations are in full swing and we come to our next doughnut. Crullers or csörögefánk are small pastries made of rich, sweetened dough twisted or curled, and fried in deep fat. Csöröge known by the majority is made from a plain sour cream dough that doesn’t contain any leavening agent. Though it’s very tasty right after you have removed from the frying pan, but it dries out quickly and becomes harsh as stone.

Raised crullers, however, are still soft the next day. The recipe of kelt csöröge comes from a cookbook that can be found in many Hungarian households, despite that it’s not really widespread. Since my mom has happened on this recipe, we only make this type of crullers. As their name shows, raised crullers are made from a light yeast dough whose key element is melted butter, which is incorporated at the end of the kneading process. 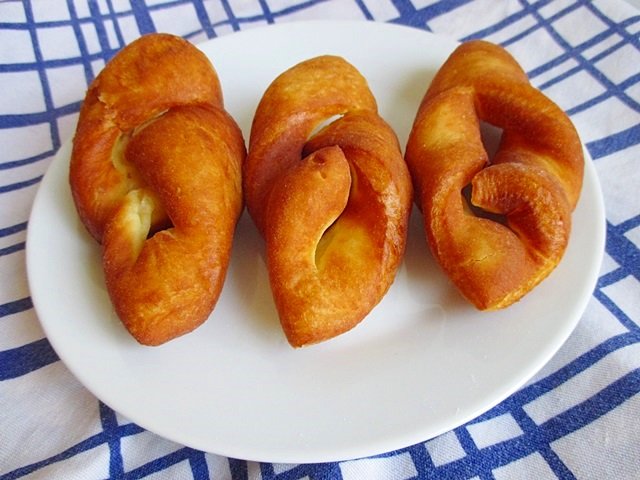 Dissolve yeast with a pinch of sugar in lukewarm milk. Place flour, sugar and salt in a bowl. Add egg yolks, activated yeast, rum (it helps decrease oil absorption) and sour cream. Knead the ingredients until the dough starts to hold together. At this point add melted butter and combine to make a soft dough. Cover and let it rest for 30 minutes.

On a floured surface roll out the dough thin and cut into rectangles. Make a slit in the center of each rectangles and pull one end through to make crullers. Deep fry crullers until golden brown on both sides. Drain the crullers on paper towel. Serve warm, dusted with icing sugar and/or with fruit jam. 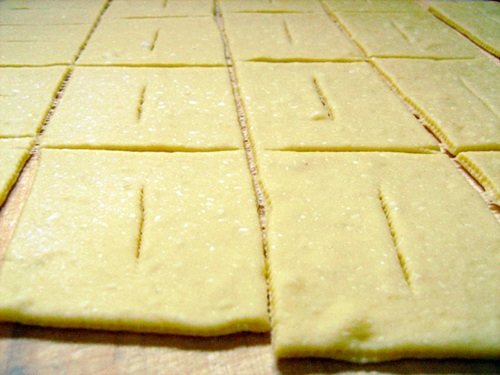 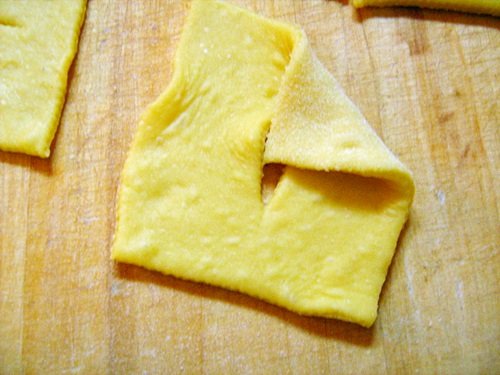 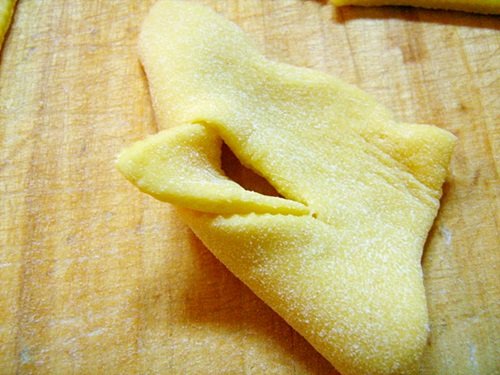 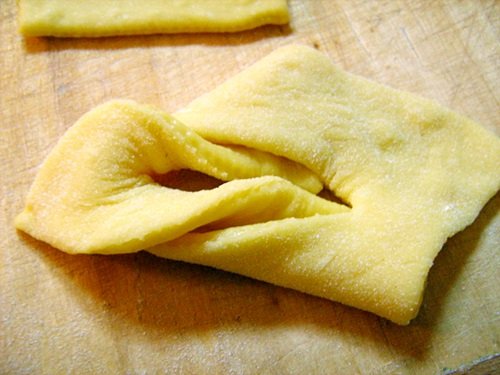