Pink and rum – these are the words that come to every Hungarian’s mind when they hear punch cake. Though the composition of the filling may vary, one thing is sure: the Hungarian punch cake is a unique torte because it’s not filled with a cream, but with sponge cake cubes soaked in a rum-sugar syrup. 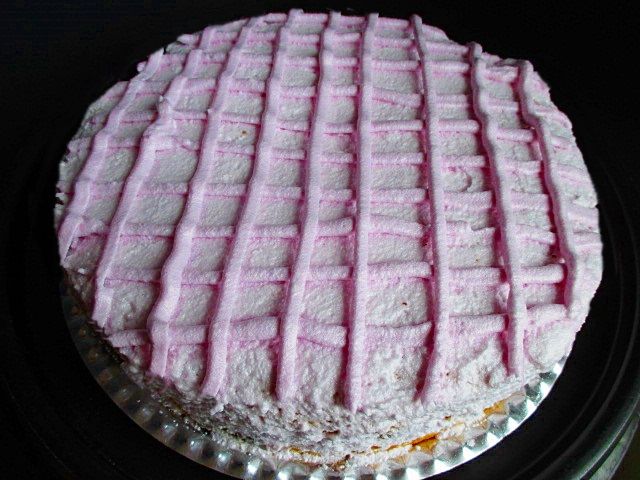 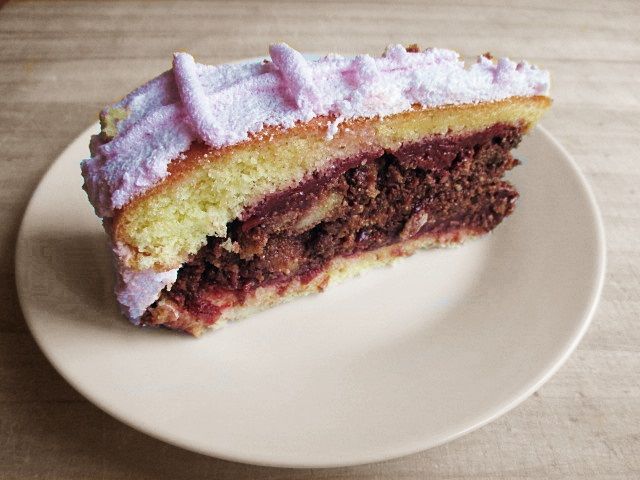 Ingredients:
For the cakes:

For the soaking syrup:

Preheat the oven to 180°C / 356°F. Line the bottom of two 10 inch round spring-form cake pans with parchment paper and grease the sides.

Separate the eggs. Whip the egg whites with the salt until stiff peaks form. In a separate bowl beat the egg yolks and sugar until it reaches the ribbon stage. Add flour and baking powder, and fold in to combine. Gradually very gently fold the beaten egg whites into the yolk mixture. Divide the batter between the two pans. Bake them for 20-25 minutes or until golden brown. Cool the cakes on wire rack.

To make the soaking syrup place all ingredients in a sauce pan, bring it to a boil and cook for 1-2 minutes.
Cut one of the cakes into small cubes and place them in a bowl. Add the raisins, too. Gradually pour the soaking syrup over the cake cubes  in order to avoid oversoaking them (you may have some syrup left).

Cut the other cake into half, place a layer into a clean round cake pan and spread with sour cherry jam. Lay the soaked cake cubes on the top. Spread the other cake layer with jam, too, and place it on the filling, jam side down. Cover the cake with a piece of parchment paper cut into a round shape and place something heavy on the top to press down the cake. Put the cake in the fridge for a night.

The following day beat the three egg whites and sugar over a pot of simmering water. When soft peaks form, add sour cherry juice and beat until very stiff.  Remove the sides of the cake pan, and cover and the decorate the cake with the icing.