Gerbeaud slice is named after the world-famous confectionery, Café Gerbeaud, which is situated at Vörösmarty square 7 in Budapest. It’s one of the greatest and most traditional café-confectioneries in Europe. The legend of Gerbeaud began with Henrik Kugler who was the third child of a confectionery dynasty. He opened his confectionery in 1858 at József Nádor square. This was the first place where ice cream creations were available. In order to be closer to the city center, Kugler in 1870 moved the store to Vörösmarty square. His coffees, liqueurs and sweets attracted the audience, mignons and Kugler cakes had a good market since it was possible to take them home, wrapped on a paper tray. 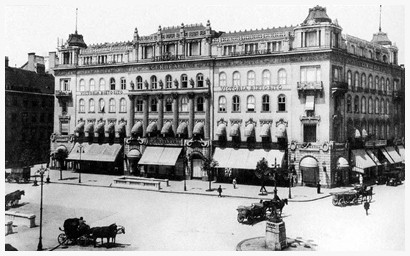 He met Emil Gerbeaud, the talented young confectioner in Paris in 1882. As there was no successor who could have taken over the leadership of the store, Kugler invited Gerbeaud to Budapest in 1882 to declare him to his business partner. Since 1884 Gerbeaud was the new owner of the confectionery and expanded the selection with numerous products like butter creams, Parisian crèmes, hundreds of kinds of short cakes, candies. He employed 60 persons for sales and service. As a chocolatier Gerbeaud naturalized the cat tongue chocolate and the cognac cherry bonbon in Hungary. By the end of the 19th century, he had about 150 employees, many of whom only came to Budapest to learn and work with Gerbeaud. Gerbeaud became internationally acclaimed. He was awarded numerous national and international prizes. The secret of his success was that he strictly took care of the product quality, mistakes were not allowed. 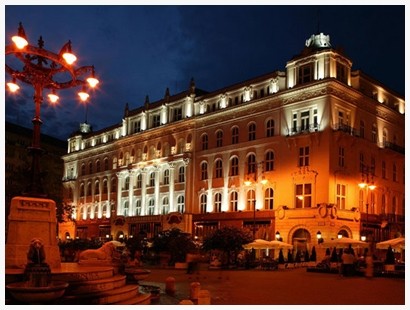 For the chocolate couverture:

For the filling combine walnuts and castor sugar. Set aside.

Dissolve yeast with a little sugar in lukewarm milk.

Rub butter into the flour, then add activated yeast, egg and the rest of the sugar, and knead it well until it becomes rollable.

Divide the dough into 3 equal pieces. Roll out the first piece to fit the pan (30×30 cm / 12×12 inch or similar), then place it into the greased pan and press the dough into the corners to fit.

Spread half of the jam onto the first layer, then cover it uniformly with half of the walnut-sugar mixture.

Roll out the second piece of dough and fit into the pan.

Now comes the remaining jam, then the walnut filling.

Roll out the last layer and transfer into the pan. Prick the dough all over with a fork.

Let the dough rise for an hour.

Bake the cake for 30-35 minutes or until the top is golden brown.

Let it cool in the pan.

Wait until the chocolate sets, then you can cut the cake into small pieces using a sharp knife dipped into hot water.