The hometown of borsos kalács is Szeremle, a village in Bács-Kiskun county that lies south-west to Baja, by the river Sugovica. Agriculture plays an important role in the village; however, commercial and industrial firms are also present.

Szeremle’s cultural life is rich and colourful, inhabitants cherish the traditions of folk art actively. Folk dance, embroidery and carpet weaving have put the village on the map. The good fishing and hunting possibilities also attract a lot of tourists to Szeremle.

Borsos kalács was usually made for christenings and weddings. It’s a yeast pastry topped with a black pepper-sour cream mixture. You have to roll ropes from the dough and form them into a spiral shape. Once the buns are baked, dip them into the sour cream, then put them in a big bowl and let them rest for an hour. During that time sour cream topping becomes slightly solid and creamy. 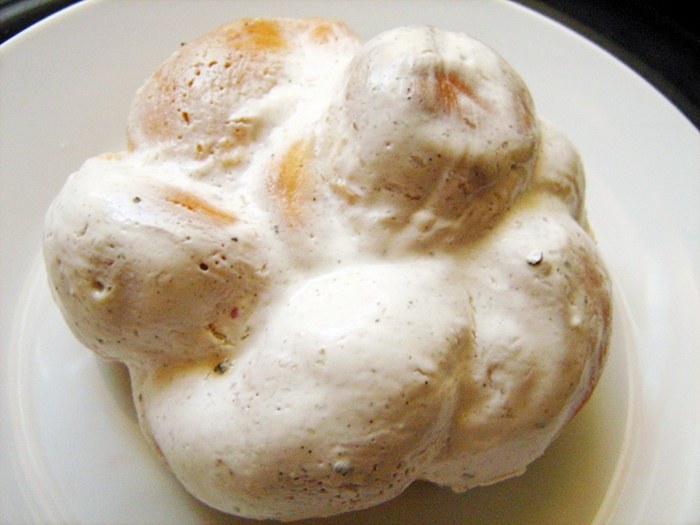 Dissolve yeast with 1/2 tablespoon of sugar in tepid milk. Sift the flour into a bowl. Add egg yolk, activated yeast, salt and 2 1/2 tablespoons of sugar to the flour. Start to knead and gradually pour in melted lard. Knead until smooth and pliable. Cover the dough and let it rise for 50-60 minutes.

Turn out the dough onto a floured surface and divide it into 8-10 pieces. Shape them into balls and let them rest for 10 minutes. Take a ball and roll it with your hands into a 40-45 cm/15-17 inch rope. Form the rope into a bun as you can see on the photos below: 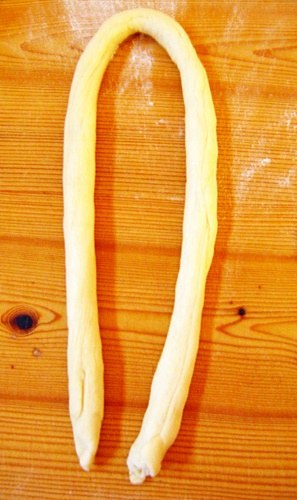 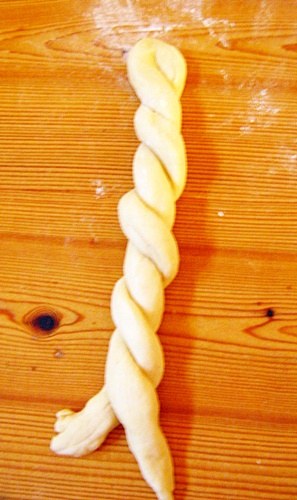 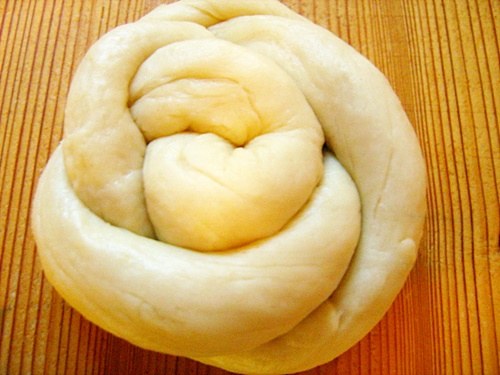 Roll up the entire piece in a spiral shape to form a snail.

Repeat the process with the remaining dough balls. Place the buns onto the prepared baking sheets, cover and let them double in size.

In a medium bowl combine sour cream, salt, lard and ground pepper. Once you can touch the buns without burning, dip each bun into the sour cream and place them in a big bowl. Pour excess pepper sour cream over the buns, cover the bowl and set aside for 1 hour. During that time the sour cream forms a creamy, solid layer on the tops.
Mentés