Tarhonya, this traditional Hungarian egg-based pasta can be considered the heritage of the nomadic lifestyle of past Hungarian sheperds: wandering across the steppes to graze the livestock required foods to be quick and easy to make. Dried pasta could be stored over a long period of time, and it was a perfect base of many great dishes.

Egg barley probably originates from Persia, Turks brought it to Hungary during the Ottoman occupation. The Hungarian word tarhonya was first mentioned about 1600, that time it didn’t mean the noodles, but the scraps of cooked meat. The dried pasta was described as tarhonya only later, the expression in that context was first published in 1788.

Egg barley was sun-dried, so the annual amount of this pasta was prepared during the first half of the summer, before harvest. Making tarhonya is very labour-intensive; though some recipes suggest to grate the dough on the large holes of a standard grater, tarhonya is not grated noodles, it’s made in a different manner.

The dough of egg barley consists of only three ingredients: flour, eggs and salt. Before the production of egg barley was mechanized, housewives had kneaded and shaped it by hand. They pushed the pasta dough through two special sieves of different hole size, then spread out the noodles somewhere airy and warm to dry out thoroughly. Dried egg barley was stored in canvas bags in the larder. 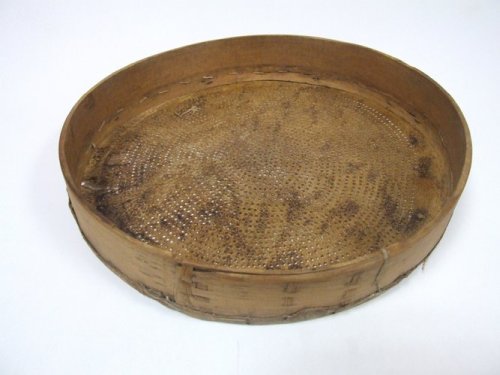 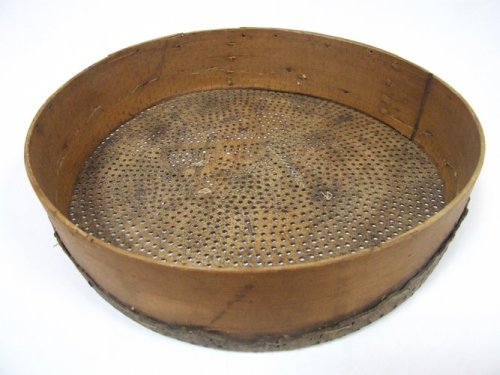 Today tarhonya is an integral part of the Hungarian cuisine. It’s often served as a side dish of stews and ragouts, but it also plays an important role in several main courses (like sheperd’s noodles) and soups. 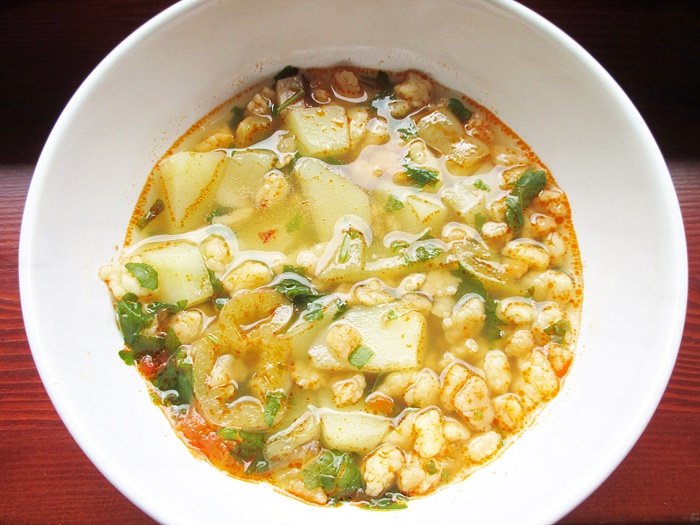 In a pot fry chopped bacon until crispy. Add egg barley and fry in the bacon fat – stirring constantly – until its colour turns light brown. Remove from the heat, sprinkle with paprika and give it a good stir to coat the egg barley. Pour in 2 liters / 8 cups of water and return to the heat (if the noodles soak up too much water during cooking, feel free to add more water). Add salt, tomato and wax pepper. When the egg barley is halfway cooked, add diced potatoes and cook until the noodles and potatoes are tender. Turn off the heat and sprinkle the soup with finely chopped parsley.